So the season concludes. Dare I say it, the right man won - for the simple reason, he scored more points. But just in case you haven't seen it, I won't spoil it for you. Great interview on C4F1 with Jenson at the end - nice to see that he was so much enjoying retirement that he wasn't entirely sure who had won the championship.

It would appear that most restaurants in Abu Dhabi (or any of the Emirate states) serve predominantly European food. However, we did find one that is embracing Emirati traditional foods and even had an 'all day' section on their menu - which we took to include breakfast. I left Heidi to choose from their menu what we would make - she chose pancakes! 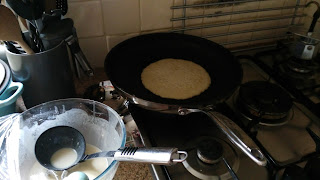 In fact 'chebab' a traditional Emirati version. Despite being described as pancakes, they have a recipe which involves minimal milk or egg, adds vegetable oil and uses yeast as its rising agent, so at least there are some distinctions. The end result turned out to taste pretty much like drop scones and all four of us ate contentedly.

To honour the Abu Dhabi approach, we ate them with runny honey, cream cheese and date syrup - well, I did. Date syrup is quite sweet, a bit sickly and left me feeling that maybe I shouldn't have eaten so much of it. Heidi had honey and Natalya opted for the lesser known Abu Dhabi traditional, Sainsbury's strawberry jam.

At least we could end the season on something we could all eat. 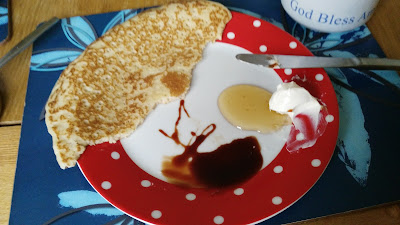 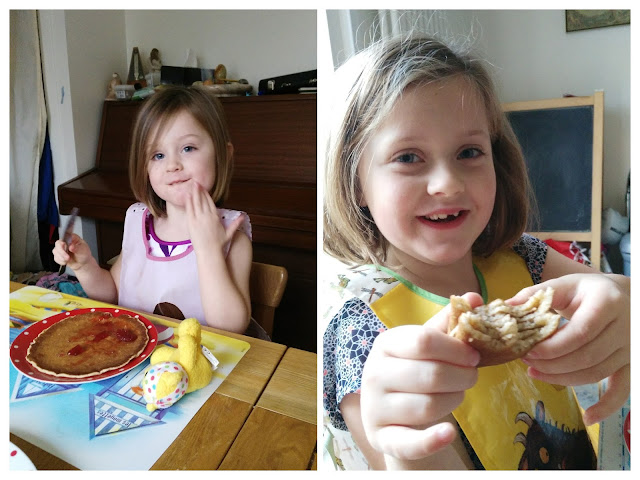